Home > General > COVID-19: Anambra to distribute 1,000 infrared thermometers to schools ahead of reopening

COVID-19: Anambra to distribute 1,000 infrared thermometers to schools ahead of reopening

Prof. Kate Omenugha, Anambra Commissioner for Education says preparations are in top gear for the possible reopening of schools in the state soon.

Omenugha told newsmen in Awka on Sunday that the state Executive Council had approved the procurement and distribution of 1,000 infrared thermometers to public primary and secondary schools in the state.

She explained that schools in the state got the equipment during the Ebola scourge in 2014.

She said that the new 1, 000 thermometers were replacement in schools where a recent inventory had shown that theirs were no longer functional.

According to her, this is part of efforts to ensure that the schools meet the minimum coronavirus (COVID-19) protocols.

Omenugha added that other items including buckets and handwashing soap would be provided by the schools themselves.

She said the ministry had directed that all schools in the state should set up a task force team and send out ‘Resumption Readiness Forms’, to the schools that would assess the level of readiness in line with all the safety measures.

She added that this included sanitation of the environment and spacing students in their schools.

The commissioner said that so far, 912 of such forms had been filled and returned, while over 95 per cent representing over 866 of the schools that filled the forms had indicated their readiness.

She said that there were not less than 3, 000 public and private secondary and primary schools in the state, each of which must be ready before resumption.

“Exco has approved that we reopen for Junior Secondary School Examination (JSSE) and the West African Senior School Certificate Examination (WASSCE) for a date that will be announced after the ongoing stakeholders’ meeting. So we are ensuring that necessary measures are in place.

“After the submission of the forms, we will go for validation before we reopen the schools.

“Meanwhile, we are going on with teachings through our ‘Teaching-on-Air programme’, a radio programme designed for all classes from primary to secondary schools,” she said.

Omenugha said that the state was not leaving anything to chance, especially with regards to the 2020 WASSCE and the JSSE.

She noted that the state Executive Council had also approved that the state reopened for the examination classes in phases, saying that the electronic circular was to find out how the schools had complied with the protocols.

The commissioner further said that the new normal in the ensuing post-education sector demanded that the modern-day teacher was compliant with information technology.

Omenugha said that antiquated teachers might not participate in the new era.

She also stated that the forthcoming e-conference and e-teaching training for teachers in the state were to sensitise and equip them with the requisite skills for the post-COVID-19 education era.

Omenugha said her ministry was working closely with the Ministry of Health, which is part of the development of Education Health Policy on COVID-19 and also crucial to the training of school infirmarians or taskforce leaders. 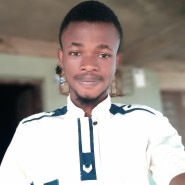 A brilliant reporter, lover of truth, teacher and classical liberalist. Message on WhatsApp - 08141270493 Or subscribe to our newsletter (SAGACITY)